The Cape Peninsula offers the visiting diver a vast array of different dives. If you want to go scuba diving in Cape Town, this is one of the best places to do so.

There are two sides to the Cape Peninsula, the eastern seaboard and the western seaboard. The side that you actually get to dive on depend on the direction of the prevailing winds.

During the months of October through April the south eastern or "Cape Doctor" normally blows meaning that most of the diving is done on the western side of the Peninsula or on the Hout Bay side.

During the months of May through September, all the diving is done on the eastern seaboard or on the False Bay side. So Cape Town can be dived 12 months of the year.

The temperatures of the water, although cold by South African standards will not deter the UK diver and the temperatures range between 9º C to 16º C. Contrary to what you would expect, the water is warmest during our winter months I.e. May through October, then during our summer months, November through April. This is due to the effects of the ocean currents. 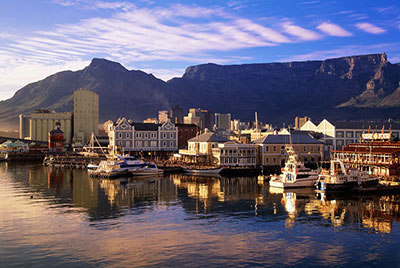 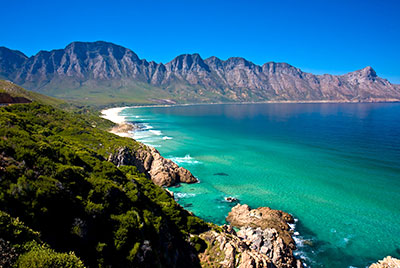 The 4 main attractions when scuba diving in Cape Town, specifically the Peninsula, are the Great White Sharks, the kelp forests, the wrecks and the friendly Cape Fur Seal. Click here for more information on Great White Shark cage diving.

The kelp beds are dense and plentiful and take some getting used to. The reef life is spectacular with hard and soft cold water corals in shades of pale pink to bright purple, red and orange corals and fans are off set by a background of sulphur yellow or bright orange sponges and bright blue, violet or pale green anemones. The colour is spectacular! It's not uncommon for observant divers to be rewarded by sightings of between five and up to fifteen different species of nudibranchs on one dive! That's how prolific the sea life is. There is an abundance of Cape Lobster, Red Romans, Mussel Crackers, "Harders", Steenbras and many other endemic fish species to keep you enthralled. 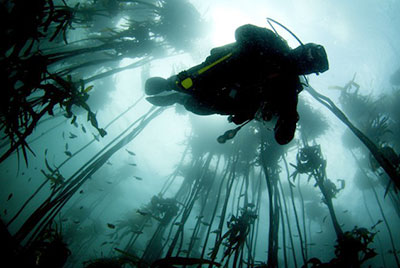 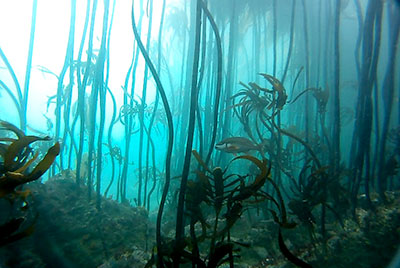 The wrecks are plentiful and date back from the 1600's to the present. This part of the world is not known as "the Cape of Storms" for nothing, and many a ships skipper has found this out to his detriment. The South African navy has also sunk a couple of World War 2 frigates to form artificial reefs. These wrecks have been cleared of all dangers and make for wonderful penetration dives. Most of these ships lie in 30 meters of water and are easily accessible to even the most novice diver. Nitrox is also available. 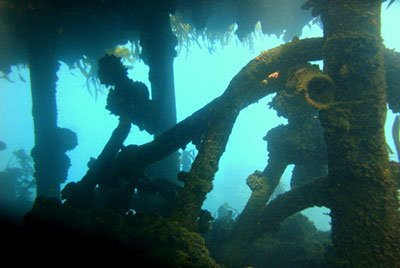 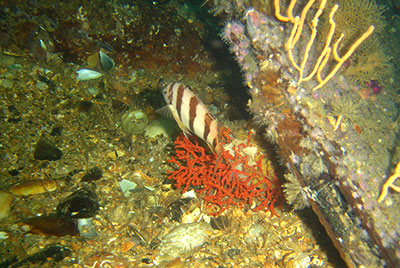 Then there are the friendly and playful Cape Fur Seals with which to dive. There are two main dive sites where these friendly "dive buddies" are to be found, one on each side of the Peninsula, so no matter what time of the year you visit you will always be able to dive with the seals. The seal dive is normally the second dive of the day as it's quite a shallow dive. You drop down to the ocean floor, at about 15 meters and very soon these inquisitive and mischievous creatures are swimming all about you. Mimicking you, tugging at your fins and if you stand on your head they will follow suit. They make wonderful photographic models - an underwater photographers dream. 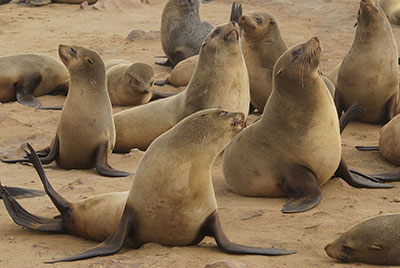 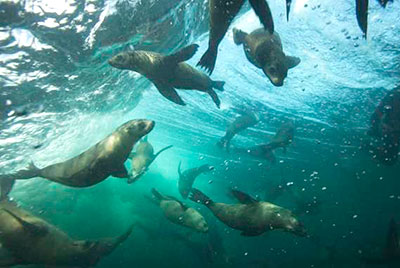 In general, when diving in Mozambique, most of the dives are boat dives. All diving in South African reefs is done from "rubber ducks" , better known as Zodiacs or RIB's. Depending on weather conditions we normally only do two dives a day as the wind tends to pick up at about noon and anyway the water is too cold to do any more than two dives a day. All dives are lead by a local DM who knows the wrecks and reefs well. We normally call you on the afternoon before the dive to give you an updated weather forecast and to advise you of the site on which we will be diving. We also arrange transfers from your hotel to the dive site and back again. 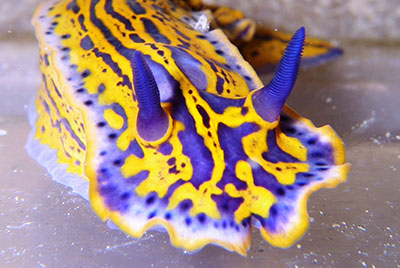 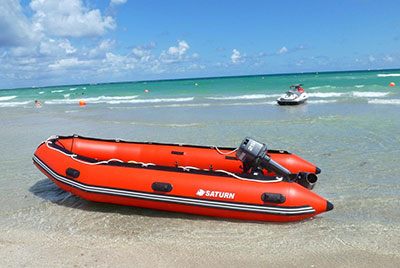 I think you should also be aware that Cape Town is not your normal dive destination where they go out diving every day. The waters are cold and this type of diving only appeals to the rough and hardy or the locals who don't know any better, not your average Red Sea or Caribbean type dive. With a result the local dive operators only go out Wednesdays, Saturdays and Sundays, weather permitting. On Mondays, Tuesdays and Thursdays and Fridays it depends on demand and if they can fill a boat to be able to make it economically feasible to launch.

Then Cape Town’s top side the "must see's" are Table Mountain. A cable car ride to the top is an unforgettable experience and the views spectacular. Then there is Cape Point Nature Reserve where the Indian and Atlantic Oceans "meet". This is a full days outing which starts with a drive along the Atlantic coastal road to the village of Hout Bay then over Chapman’s Peak Drive to Kommetjie and then onto Cape Point. On the way back to Cape Town we suggest a visit to the African "Jack-ass" Penguin colony at Boulders Beach. Then if you are into nature there is Kirstenbosch Botanical Gardens, which is world-renowned. A visit to Robben Island, "home" to Nelson Mandela for 17 years, is a must and will take a full morning or afternoon. Here an ex inmate and comrade of Mandela takes you on a tour of the prison. Just outside Cape Town are the famous winelands of the Cape and you can easily let "lost" for a day in amongst the wine estates. Here I suggest a "designated driver" as wine tastings are a must. Then in the evenings there are all the restaurants, pubs and clubs. Cape Town is internationally rated as 1 of the 4 most beautiful cities in the world, along with Rio, Vancouver and San Francisco. 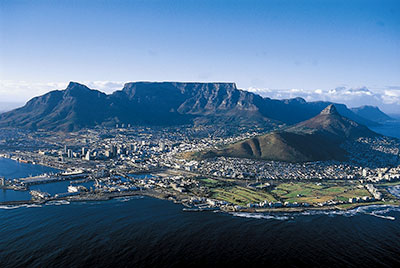 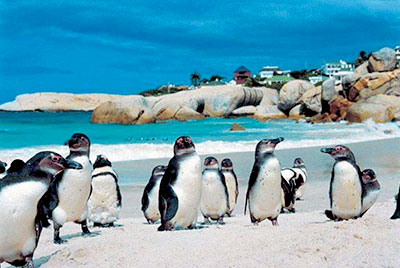 The Maori was a British cargo steam ship of 5317 tons – 175m (580ft) in length. The ship was carrying a cargo of explosives, water piping and crockery from London to New Zealand when it was  wrecked on rocks in thick fog on 5 August 1909. 32 lives were lost. The Maori is well preserved for its age – lies in a sheltered bay.

The Oakburn was a British cargo steamer of 3865 tons that was carrying a cargo of railway lines and equipment, glassware, sewing machines, musical instruments, oil and paper – from New York to Sydney. 2 lives were lost.

The Oakburn gives divers a virtual tour of the working life of sailors in times gon by.  She’s broken up but easily recognisable.

The Oakburn lies under the precarious wreck of a giant crane ship - The Boss - so, this is two wreck dives in one.  Its just a matter of time before The Boss topples, crushing The Oakburn though, so best check her out soon.

The Katzmaru is an Oriental trawler – lying on a stark, sandy seabed – virtually intact.
[/show_more]

The Aster was a lobster catcher - scuttled in April 1977 to form an artificial reef after being thoroughly cleaned out and swimthroughs cut into her.

An easy dive, even for the novice, this wreck lies at seven to ten metres.  Accessed from the shore below the Oudekraal Hotel, its a popular dive and a great night dive site in summer.  The Kraaiestein was a Dutch East Indiaman built in 1697 that sank on her maiden voyage  She’s rather broken up now so part of the enjoyment for divers is to swim through the gullies and outcrops looking for cannons and anchors.  As for the treasure she was carrying, the story goes that of the 19 chests of coins three were unaccounted for - its possible that Simon van der Stel or his soldiers made off with them.

Scuttled on 12 November 1994 to form an artificial reef – in relatively shallow water. Lies straight up on the sand – in perfect condition – making an interesting and eerie dive. Bought by SA Navy in 1947 – it was formerly the HMS Pelorus and led the D-Day invasion of Normandy in WW II.

It is anticipated that marine life growth on this wreck should be rapid because it lies at a relatively shallow depth.  It is in an eerily perfect condition at the moment. Not a penetrative dive but take a torch!

The Wrecks of Smitswinkel Bay

a diamond dredger, this wreck lies deep (at 36m) and boasts an abundance of life and colour.

The Princess Elizabeth and The Oratava

Because of depth – artificial light is needed to see the wonderful colours of the marine  life.