KwaZulu Natal’s two best nature reserves, Umfolozi and Hluhluwe are connected by a 8km wide and 21 000ha strip. This is called the Umfolozi -  Hulhluwe Corridor and the complex constitutes a massive conservation area of  some 100 000ha. Because there have been no developments in the corridor it  possibly contains larger concentrations of game than either of it’s  neighbours.

Hluhluwe has been a game sanctuary since 1897, and before that a hunting  preserve of the Zulu kings. Saved by the presence of tsetse fly and the malarial  mosquito, which kept man at bay. Hluhluwe is named after the thorny monkey rope,  umHluhluwe (Dalbergia armate), that  flourishes along the banks of the Hluhluwe River. Zulu herdboys used the rope to  muzzle calves, weaning them from their mothers thus leaving the milk for human  consumption. 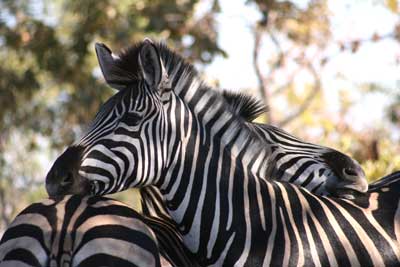 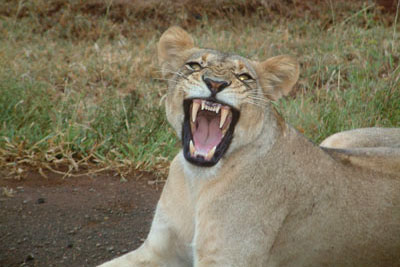 Hluhluwe is not big, but it has plenty of big game. Thirty kilometers across, it’s 23 000ha of bush trails, hills and river valleys offer a huge  variety of game, including black rhino, white rhino, lion, herds of buffalo and  a clan of elephant. There are kudu, impala, nyala, hippo, giraffe, leopard and  crocodile.

The bird life in the reserve includes the bateleur eagle, the ground  hornbill (resembling a large black turkey) and the white-backed vulture that  thrusts its whole head into the belly of a carcass. A resident ranger naturalist  at the hutted camp tells visitors about the walking trail into the Mbhombe  forest, and the 40 km (self-guided) drive.

Hluhluwe has a camp of 20 (two bedded) rest huts and four (six bedded)  cottages. All you have to do is bring your own drink and food – which is  prepared for you by attendants. Then there is Hilltop Camp where we usually stay  and this camp has 27 two bedded huts, 22 four bedded huts and one luxury guest  lodge as well as a cafeteria, a la carte restaurant, convenience store and bar.  The reserve is open throughout the year (the gates open at sunrise and close at  sunset). The best time to visit is during the cooler months (May to September),  when the cover is not so dense as in summer. Water supplies are limited during  this period and game tends to concentrate around the water-holes. 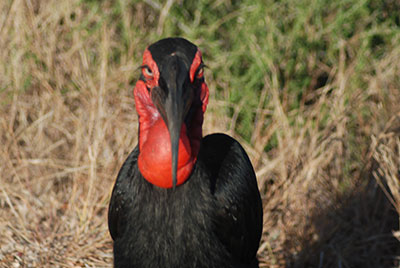 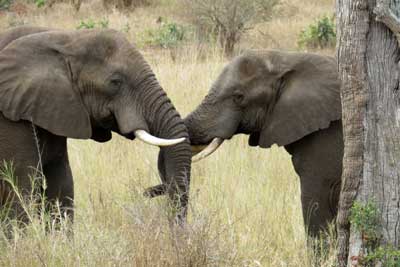