Shark Cage Diving with a Twist

Have you ever thought of going shark cage diving or doing the exhilarating sardine run? Maybe it's been on your bucket list for ages. Why not make it your New years resolution to do something extraordinary and tick shark cage diving off of your bucket list?  Dive the Big 5 has made this dream possible for countless people. Whether you are a tourist or a South African citizen, the tour packages offered by Dive the Big 5 are all things you should do before you die one day! 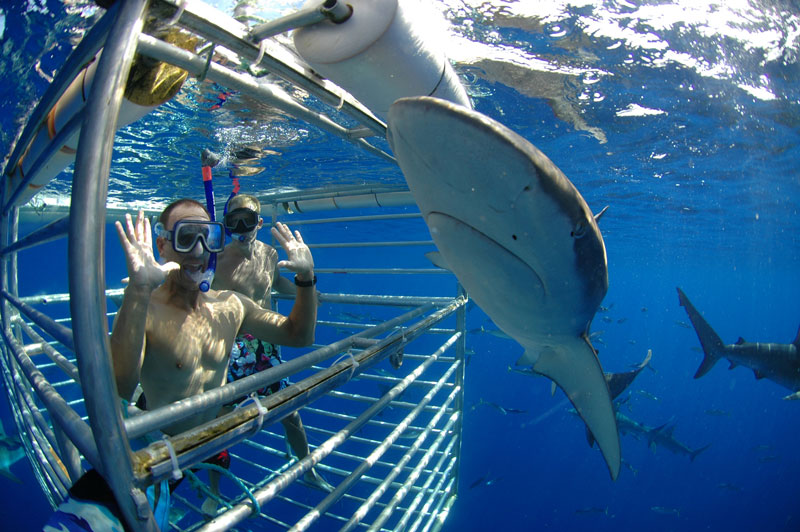 People have become more and more inclined to seek memorable experiences instead of collecting materialistic things. Rather than buying expensive houses, the younger generations of today would rather stay in small apartments and save up to travel. Dive with dolphins, see the Big 5 in South Africa's Kruger National Park, witness some of the most incredible natural occurrences that mother nature has to offer...

Some of the most popular tours at Dive the Big 5 include shark cage diving and doing the sardine run. Once a year, the eastern coast of South Africa turns into a major tourist attraction. Millions of sardines start migrating, attracting an array of sea predators, all focussed on one thing - feasting on sardines!

Then there is also the nerve-wracking but utterly exhilarating experience - becoming more and more popular around the world; shark cage diving... There simply does not exist a proper way to describe such an experience in words. Being submerged in a shark proof cage among some of South Africa's most fascinating sharks and witnessing their powerful grace up-close has to be one of the first entries on anyone's bucket list!

Is it safe? Is it cruel? Does luring sharks with bait not condition them to see humans as prey? So many people have argued that shark cage diving only exists because touring companies want to make money. Some even believe that they have no respect for these majestic creatures. That is simply not true! Dive the Big 5 only uses registered and certified diving operators who all adhere to strict requirements. Everything they do is aimed at protecting all shark species in South Africa, especially great white sharks.

The South African White Shark Research Institute, White Shark Expeditions and White Shark Ecoventures are the only three operators we trust to keep our clients safe under water among these powerful beasts. They have to restrict their use of bait to lure the sharks on each shark cage diving expeditions. This ensures that said sharks do not become accustomed to "easy meals", that they do not substitute their hunting instincts for "bait hunting" and so that they do not become overfed.

Making tourists and locals aware of the fact that some shark species are endangered and spreading the knowledge of these massive predators have actually helped more than it harms them. The federations responsible for protecting endangered sharks all agree that having well-fed sharks due to shark cage diving expeditions are better than not having sharks at all.

All about the Sardine Run hype

Anytime from mid-May to mid-July you can experience these shoals of sardines being preyed on by sharks, dolphins, seals, blue marlins, seagulls and other sea predators alike. This natural phenomenon is so massive that it is visible from space! Witnessing it in person is the only way to truly comprehend the majesty behind it. Dive the Big Five has week-long packages with specified itineraries that takes tourists out to sea on boats. If you have the required open water SCUBA certification, you can dive among the shoals and bait balls as well. You can also opt for snorkeling if you've done it before.

The six-day packages at Dive the Big 5 entail launching the boat every morning around 6h30 and then hunting the sardines along with all the other predators. Usually, you can spot the bait balls simply by following the diving seagulls and looking for the widespread splashing of hundreds of dolphins chasing the sardines in a frantic, yet coordinated manner.

If you're not up for the 6-day packages, you can pick a date or two from the available itinerary. Dive the Big 5 will tailor-make a package for you. Just remember that the more you go hunting for the shoals of sardines, the better your chances of finding them. Either way, the famous sardine run is probably one of the most adrenaline filled things you'll ever do. 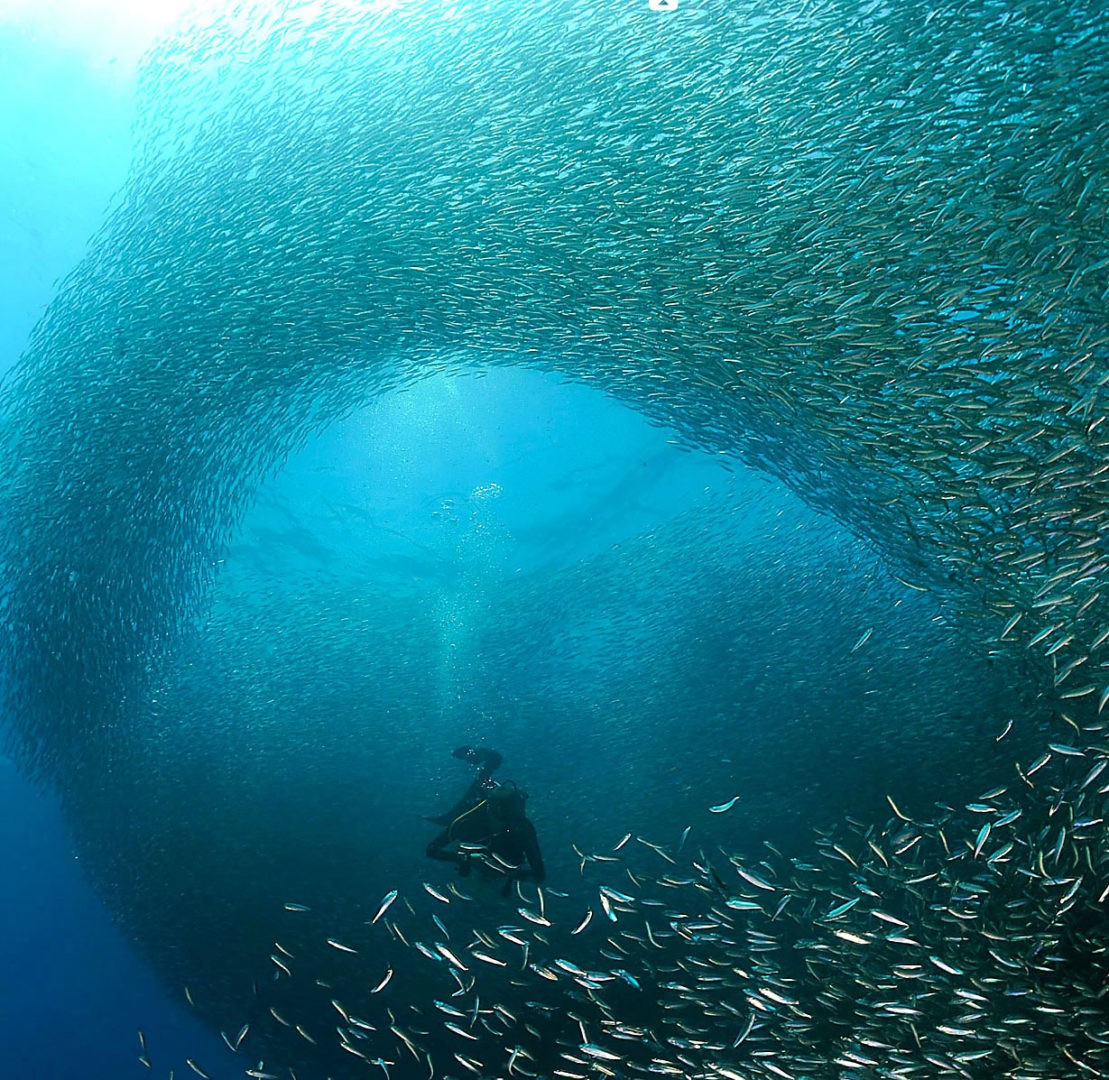